Our next stop after Plitvice was the coastal town of Zadar. 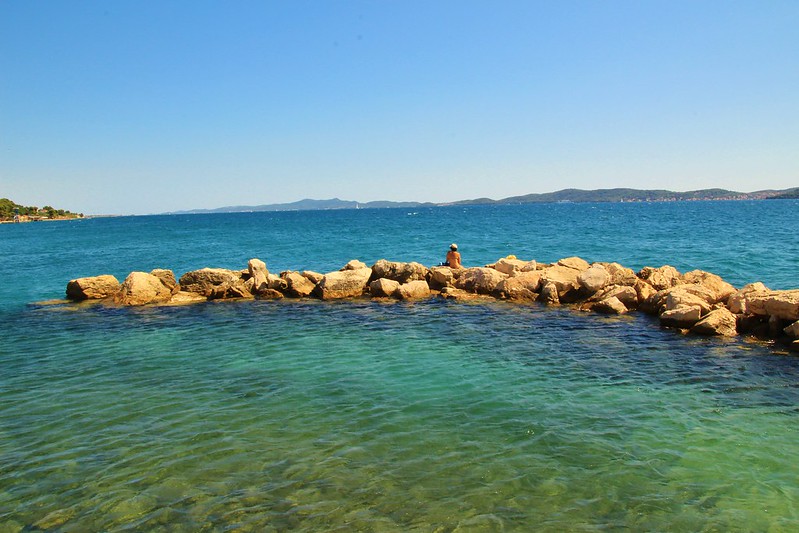 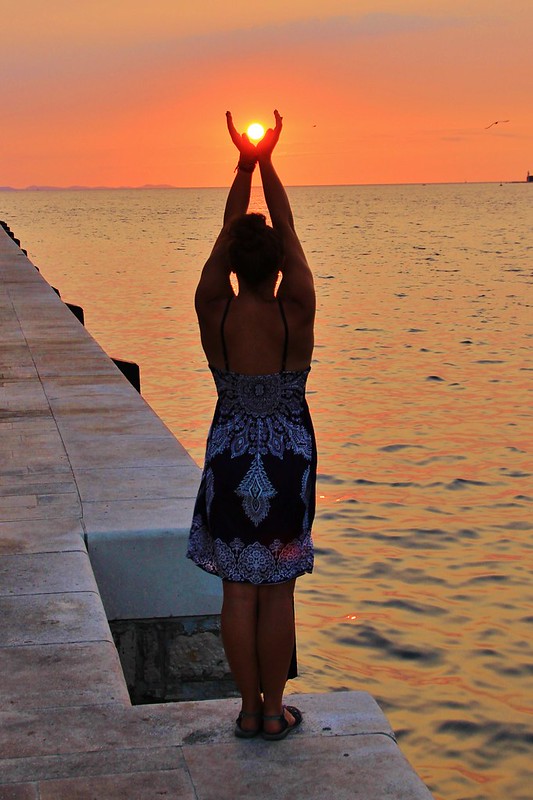 We rented an Airbnb apartment right across the water from old down town which was great as we had a local grocery store on our block, yet the town was less than a 5 min walk away. 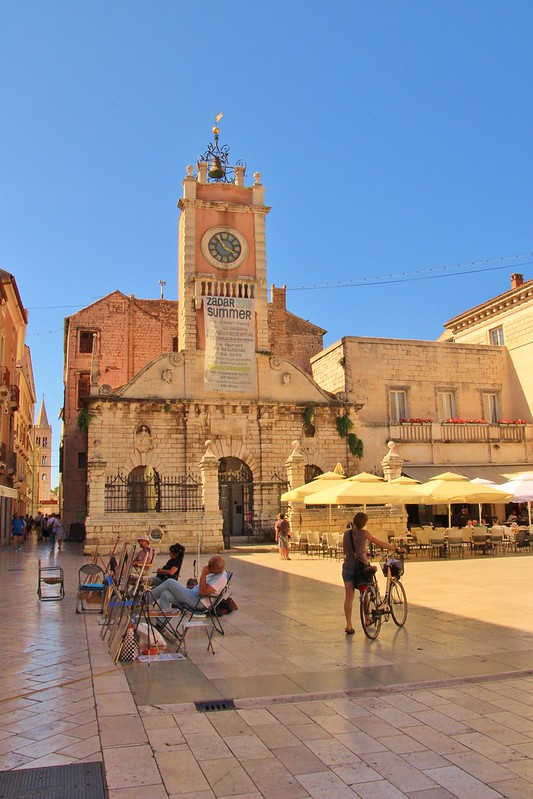 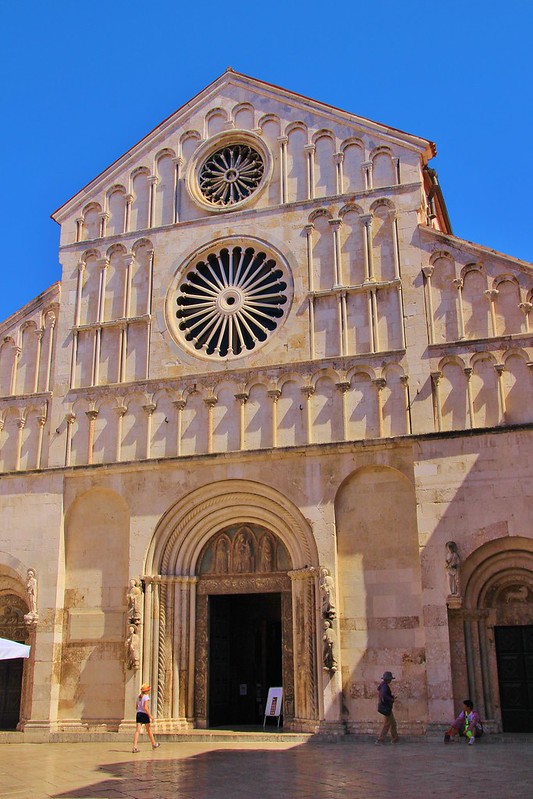 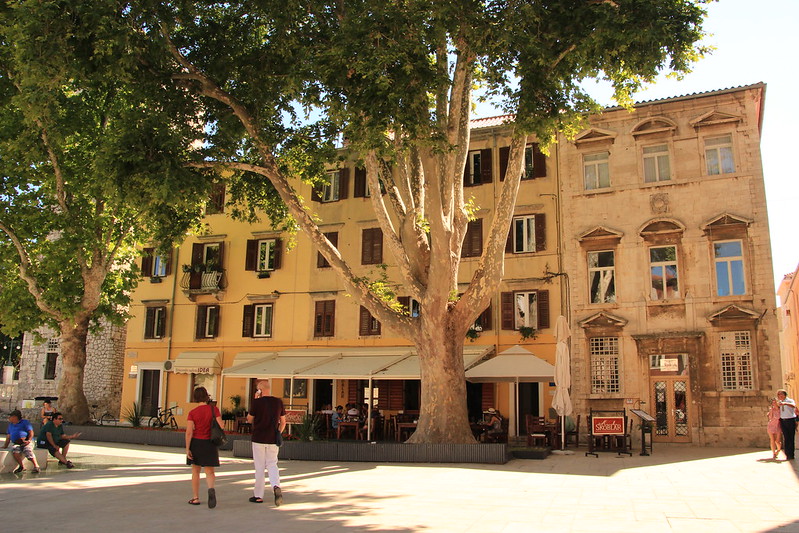 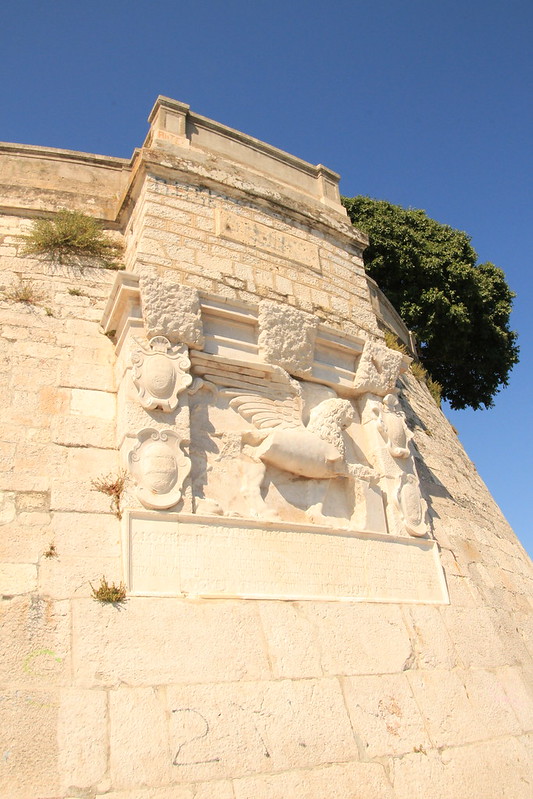 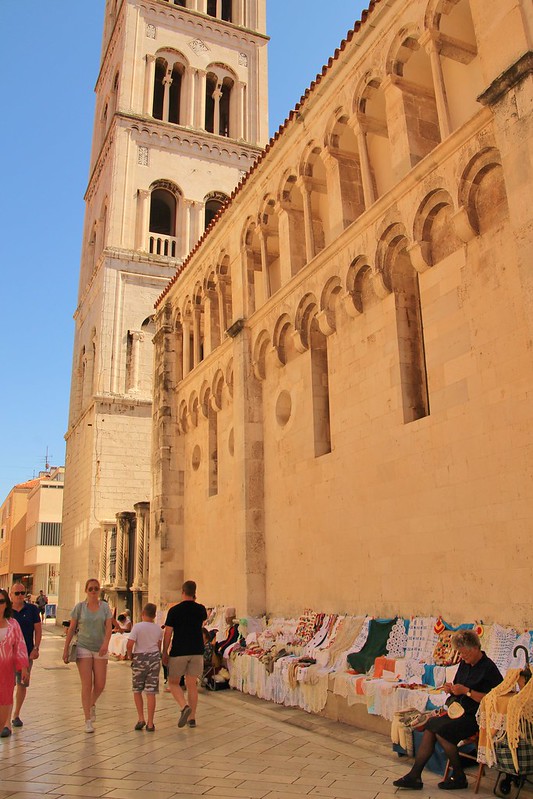 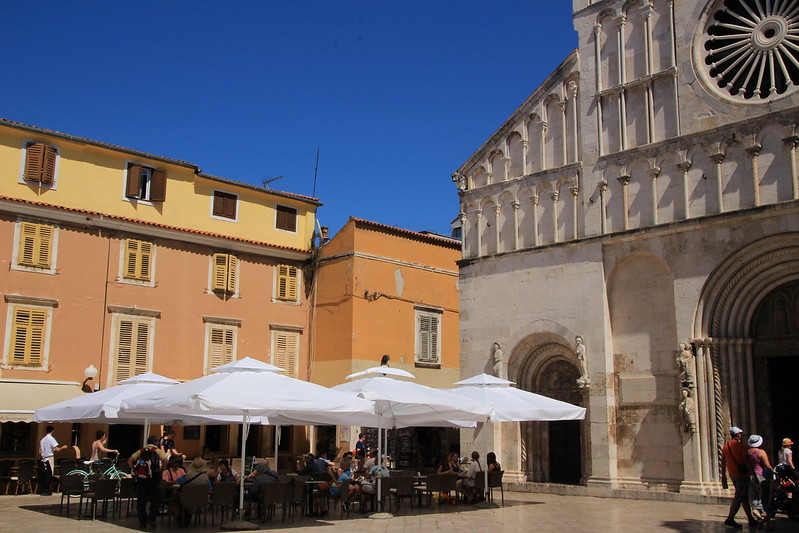 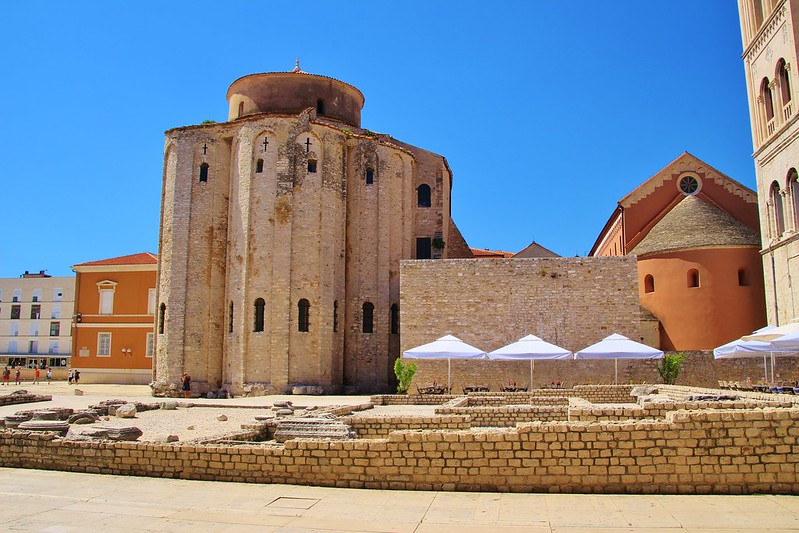 Many blogs I read sang Zadars praises making it seem almost better than the mideival towns of Split and Dubrovnik.  While I wouldn’t go that far, I will say if you town hopping up the coast it’s a great stop and maybe a good spot to spend the night before visiting Plitvice since it’s only an hour and half drive vs. the 2 1/2 hours from Split. 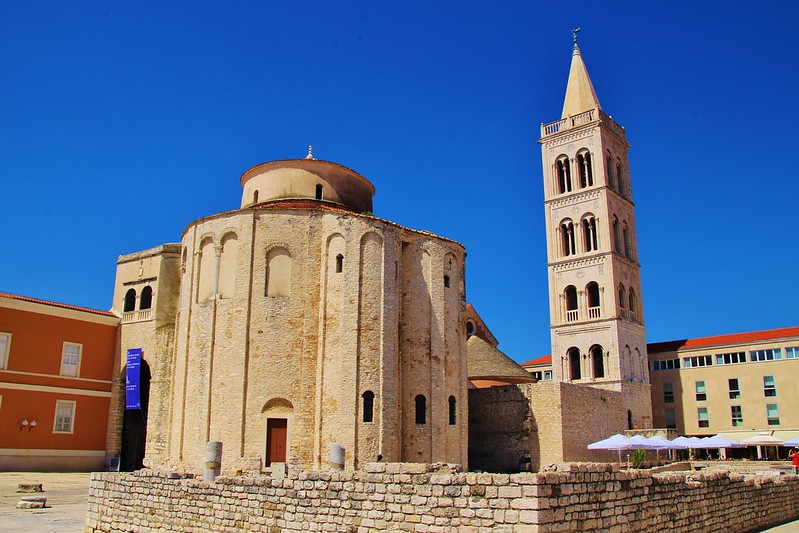 While the old city castle walls don’t quite live up to Split or Dubrovnik, Zadars sunsets take the cake hands down.  With a large pier accessible to many, the western pier of the city lends itself for a mini party as the sun goes down. 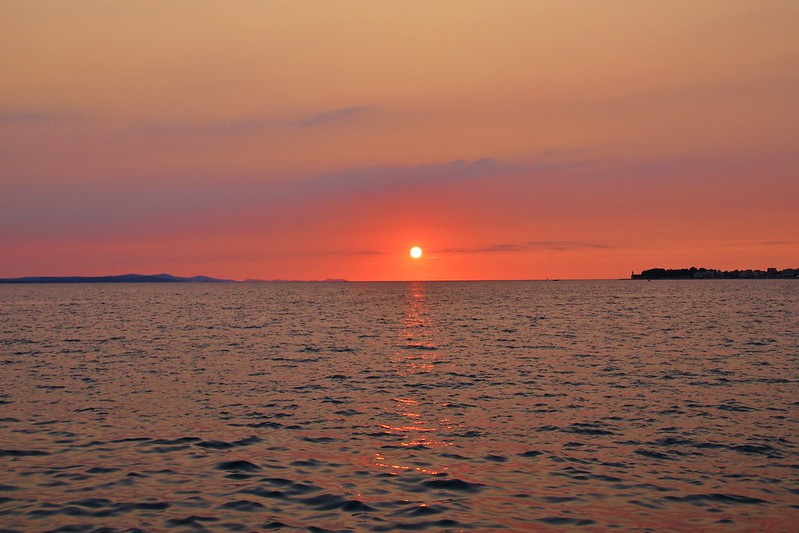 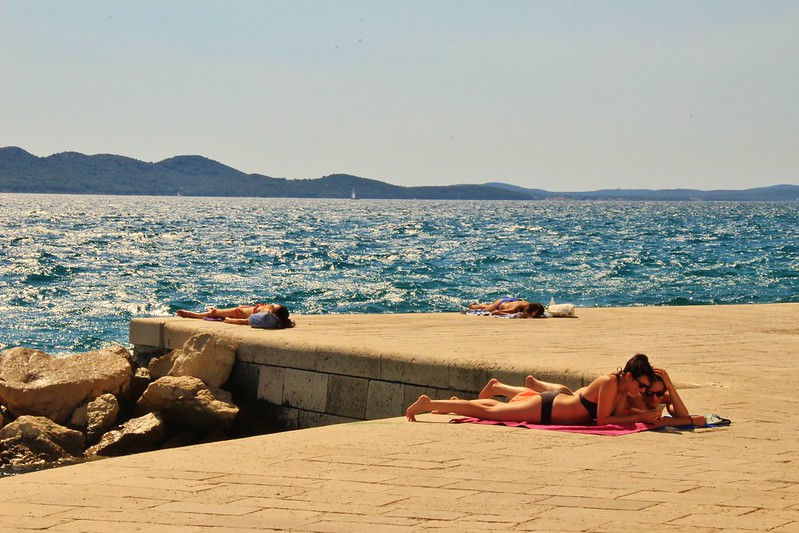 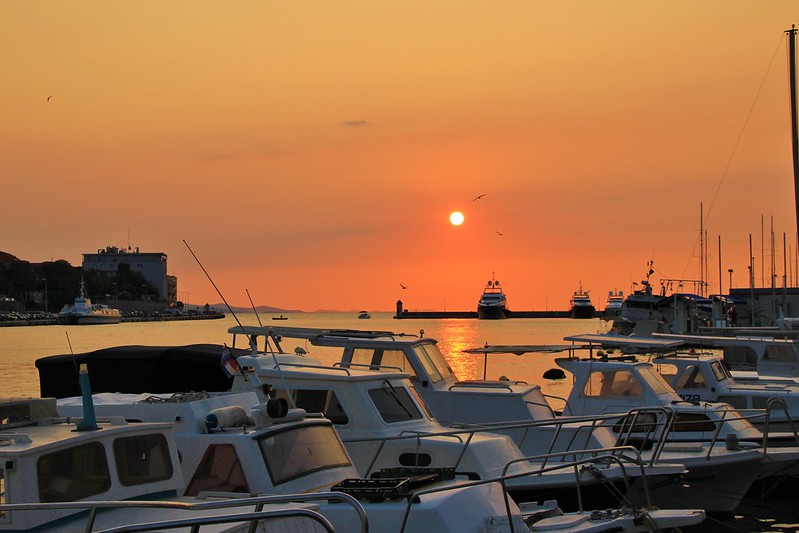 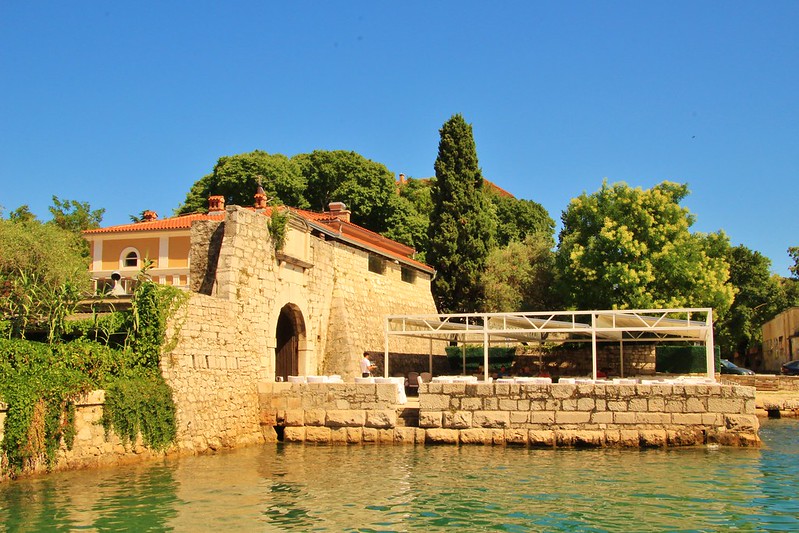 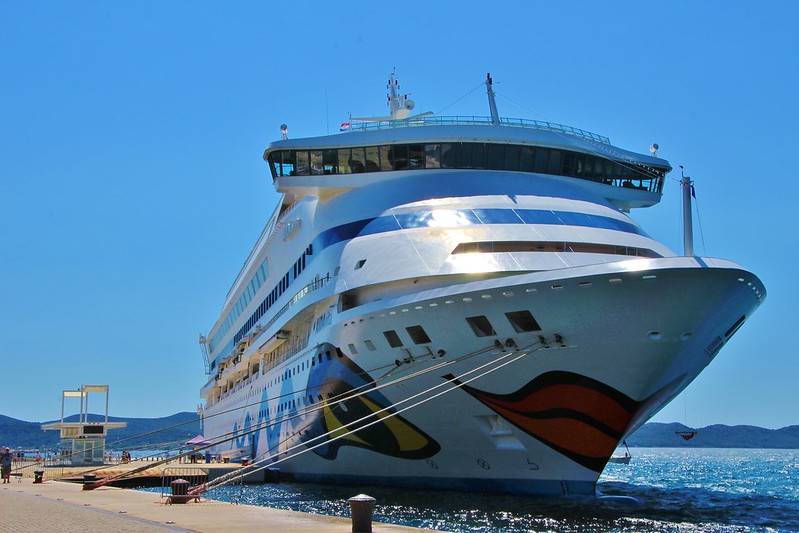 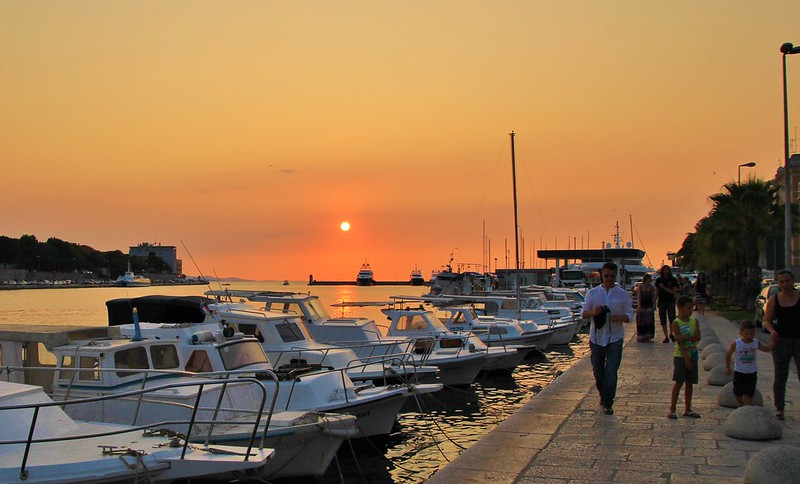 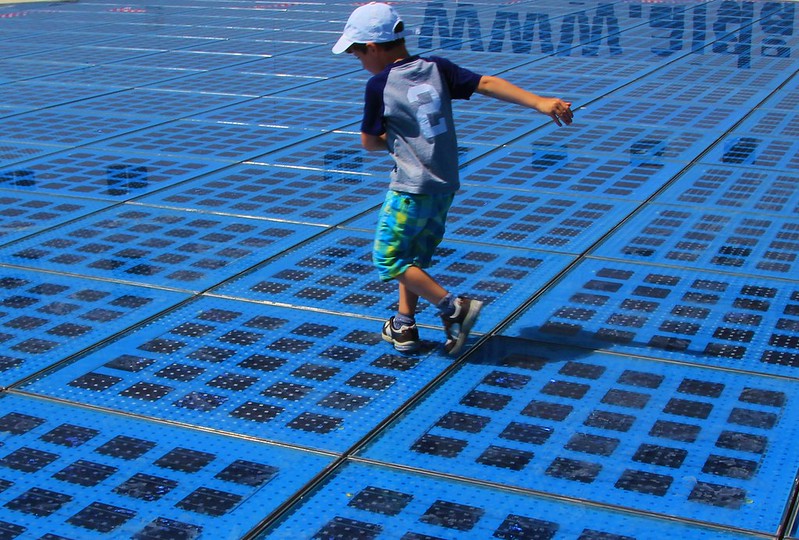 Grab an ice cream or glass of wine, and your camera to enjoy the free nightly show.  If you position yourself on the Zadar organ steps you’ll have music to accompany your sunset and following the sun’s dip below the sea, join the kids and selfie sticks for a light show on the city’s famous sun salutation. 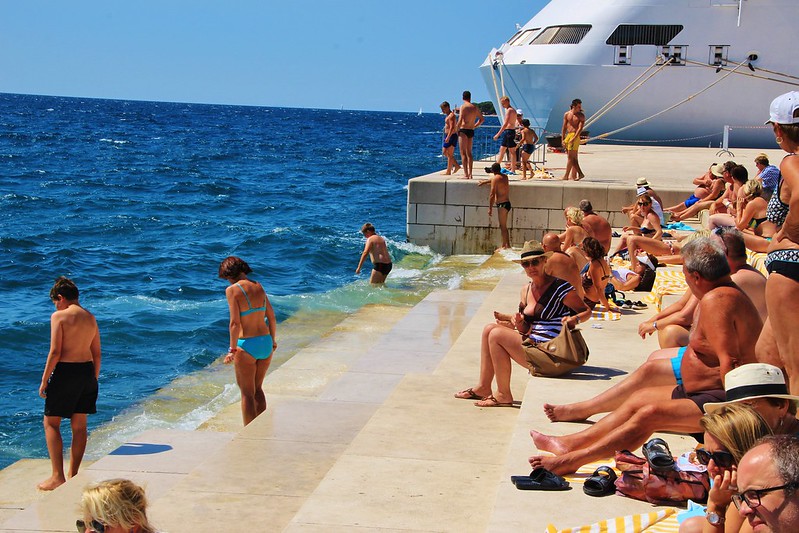 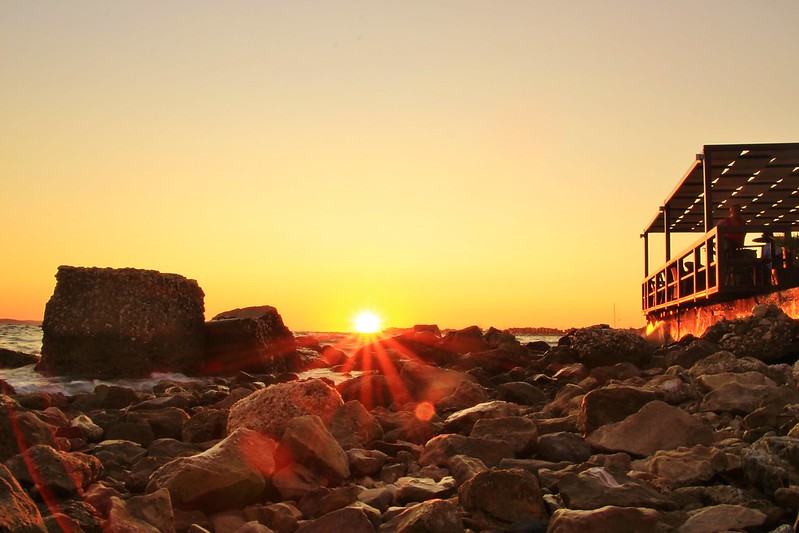 The sun salutation is a set of sun solar panels that begins a light show following the sunset.  I imagine it would be better later in the evening once the crowds die down, but right after sunset it’s definitely the most happening place in the city!