View from our Apartment in MOI 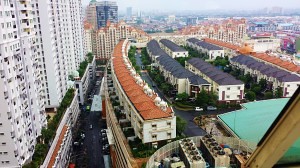 The neighborhood on top of the Mall of Indonesia

As I mentioned before, we spent out last week in Jakarta living at the Mall of Indonesia (MOI.)

We were literally living in the mall parking lot and due to the internet being down the entire time we were there, we were basically at the mall non stop. 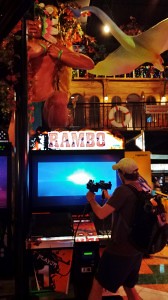 Walking through the arcade

What is living at the mall like you wonder?

Well first off if you’re trying to find WIFI it can be very frustrating.

We found many places that offered free WIFI such as J.Co Coffee, Starbucks, Gold’s Gym, The Tea Garden, Sweet Tea, and The Food Court; but what we later found out was each server only allowed a certain number of users on at a time so we were frequently rotating locations.

We would have tried venturing out of the mall of Indonesia, but the town of Kelapa Gading was flooded for 3 days. 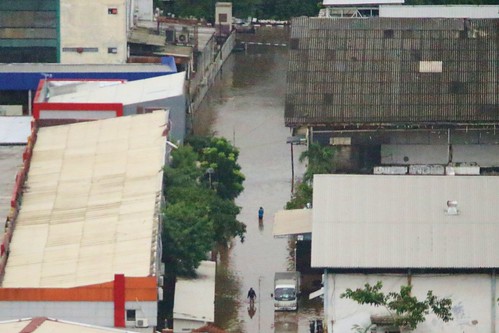 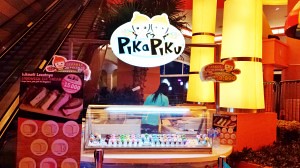 It was pretty crazy to be in the middle of a flood.  We were very lucky because as I’ve said before our apartment was literally in the parking lot of MOI and our side of the building had good drainage, so as soon as the rain stop–which wasn’t too often–the standing water would drain and we would be fine.

We lived it up to the fullest though!

There is a ton you can do at MOI!

First off work was across the street so I had no issues making in to work–although work was canceled one day because no one from Gold’s Gym (The Bikram studio is inside Gold’s) was able to get into work to open up the door for us. 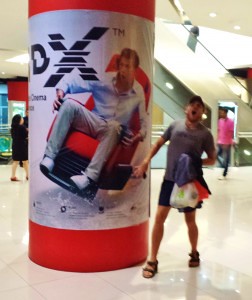 For those who haven’t seen a 4DX movie like myself, you don’t know what you are missing!  It’s amazing!  It’s like a movie at an amusement park.  The seats you sit in are attached to a machine that moves and shakes the viewer in time with the movie, so when Jack Ryan got in a car wreck I got a little whiplash myself.  A good amount though, I never spilled my popcorn once.  There were also flashing lights, strobe lights, and smoke when Ryan released a smoke grenade!

Yes there is only one word to describe how amazing the 4DX movie was and that is #4DXISAMAZING! 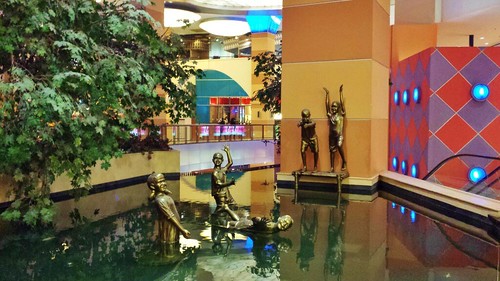 As you can see, we had a blast being Mall Ratz for a couple days.

Wrapping up my teaching gig in Jakarta, it’s time to move onto the Indonesian Islands to finish up our time in Indo.  Next is Bali followed by Gili Trawangan, Gili Air, Gili Meno, and Flores! 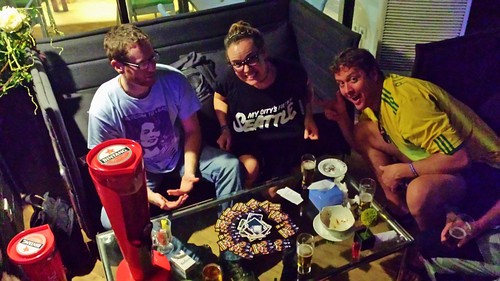 Tom’s and my last night also happened to be the Eve of the NFC Championship game.  We just randomly happened to also run into a group of Americans (and 1 English) International School teachers who had Monday off due to the flood.  To celebrate their day off and the future win of the Seahawks (one of the teachers was from Seattle!) they were hanging at the mall as well having some tasty Bintang!

We joined them and had a great time toasting our stay in Jakarta!

Until next time, Peace out Mister Mister!